The delivery is provided by reliable and certified couriers.

Flowers are always fresh and sent from the flower shop.

A card with your message is attached to every flower for free.

We deliver flowers to your home or e.g. office, hospital or other places.

How to shop on Květiny Expres? 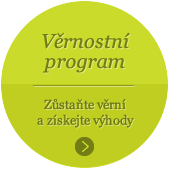 The fastest and the cheapest flower delivery in the Czech Republic

The categories of funeral bouquets and funeral wreaths are part of the funeral farewell. Expres flowers have prepared an offer of funeral flowers and wreaths that will deliver you to the funeral hall, church or other place of the last farewell according to your wishes, in selected cities throughout the Czech Republic. Possibility to print mourning ribbons with your own text. Most often used for the text of the funeral ribbon: Farewell // Family ...., With respect // Family ...., Last goodbye // Family ...., Remembering // ....., With Love // ..., Forever in the heart // ...... We will deliver your order of the funeral wreath and the bouquet to be laid in the given funeral / ceremonial hall. We always deliver a wreath or flower funeral bond about an hour - two before the funeral ceremony. Then the wreath, the bouquet to be laid, is placed directly in the funeral hall and displayed according to the protocol. Most often we deliver: Crematorium Strasnice - Small and Large Ceremonial Hall, New Ceremonial Hall Olsany Cemeteries, Crematorium Motol, New Ceremonial Hall Vinohrady and other Crematoriums and Funeral Homes throughout the Czech Republic.

Orders for funeral wreaths must be created on a working day with min. 24 hours in advance. Picked bouquets and flowers to be placed can be delivered within 3 hours of order creation. 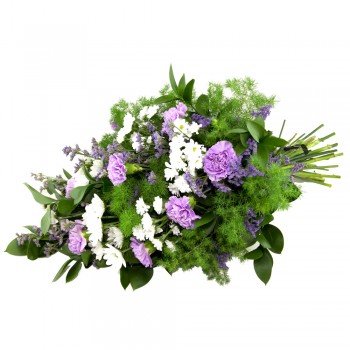 Blue sky - the bouquet on the floor 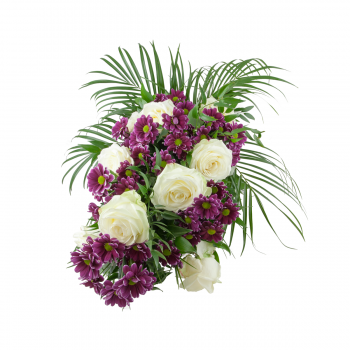 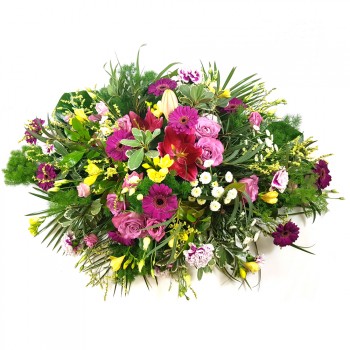 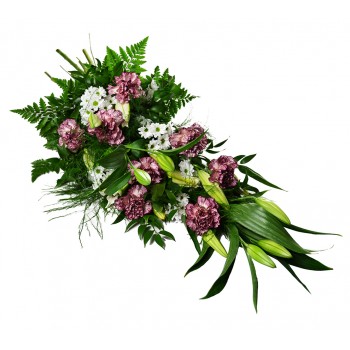 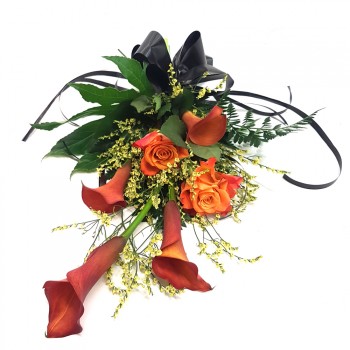 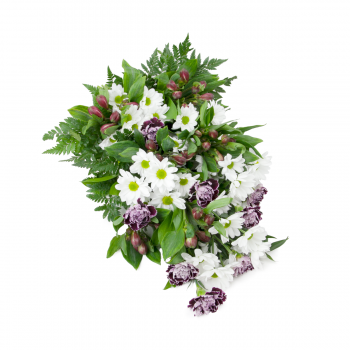 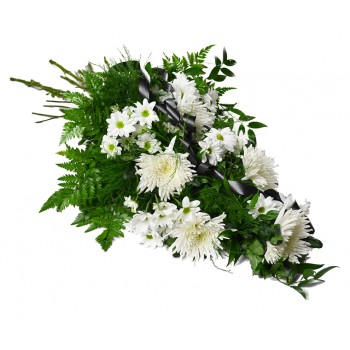 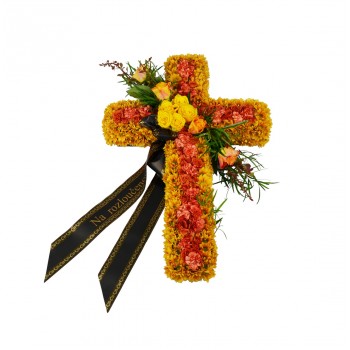 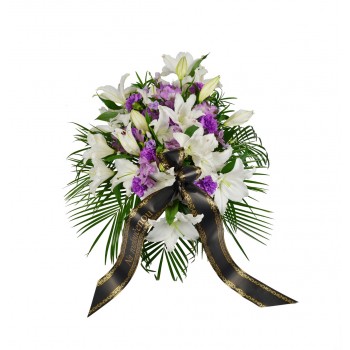 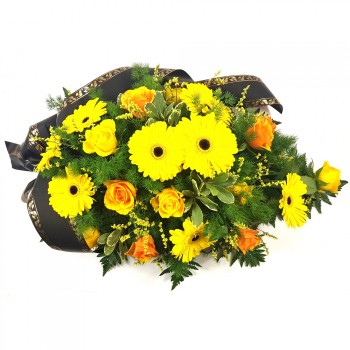 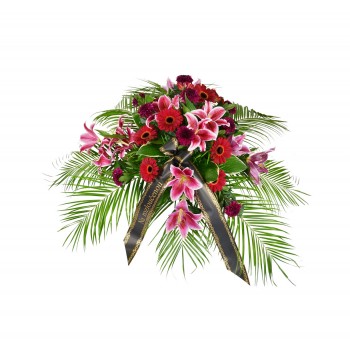 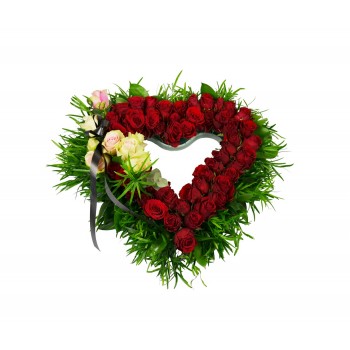 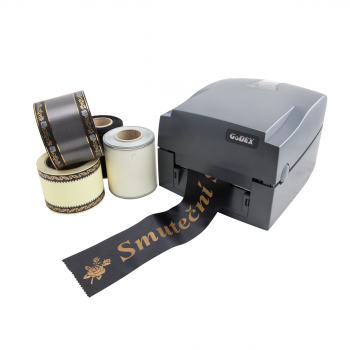 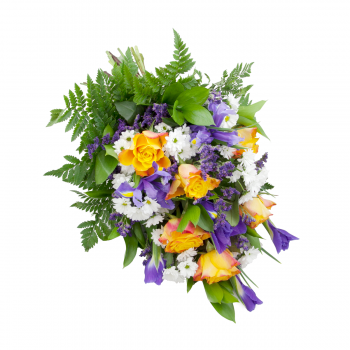 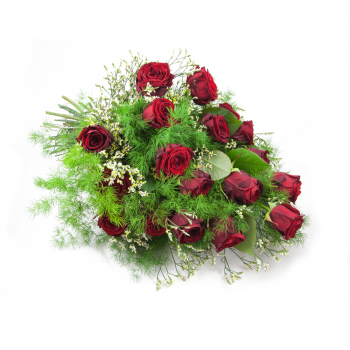 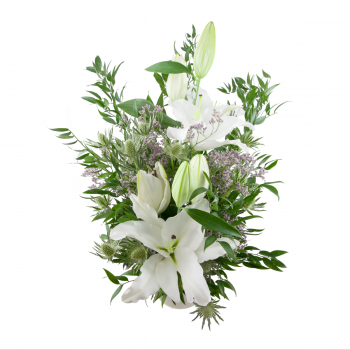 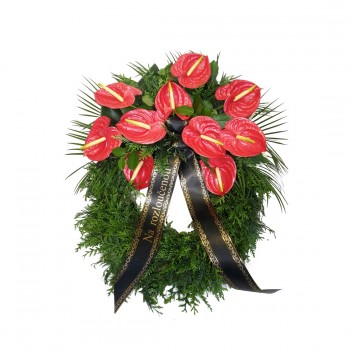 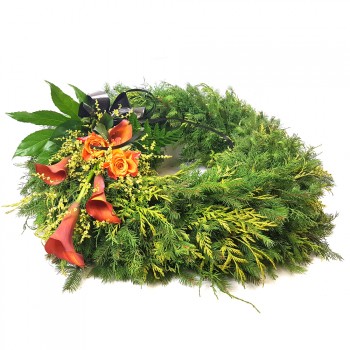 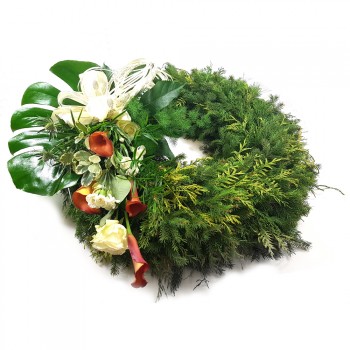 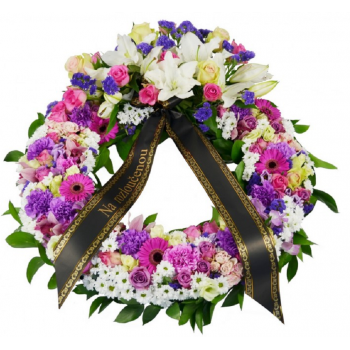 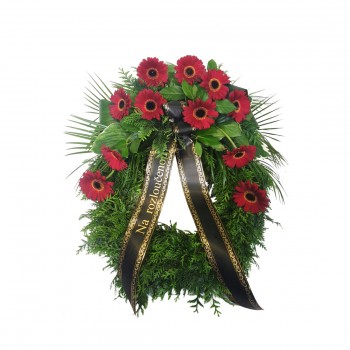 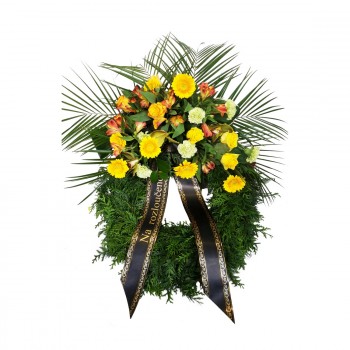 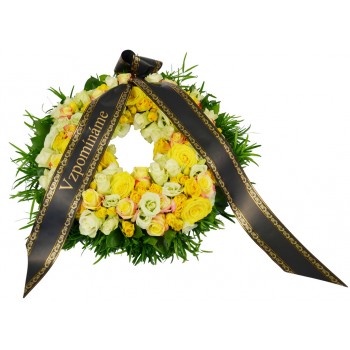 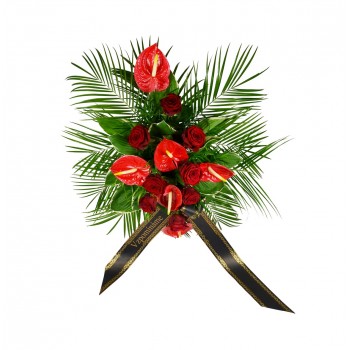 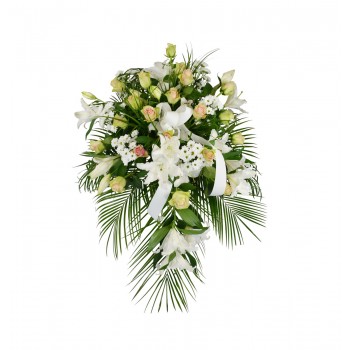 The funeral flower can be used lying, or be displayed on a stand 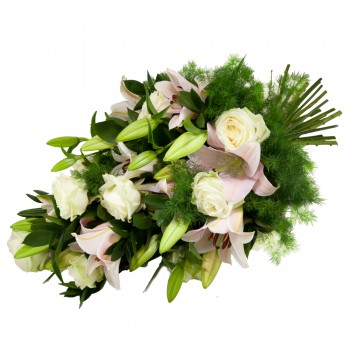 We will not forget about you (You will be sorely missed)

Check the delivery price in your city